With 75 years of experience throughout Australia, Stegbar's reputation is based on its commitment to innovative design, unsurpassed craftsmanship and excellent customer service.

Stegbar was founded in 1946 by Brian Stegley and George Barrow in Melbourne Victoria, to manufacture clock cases and office furniture. Timber window sales commenced in 1950 and manufacturing of the revolutionary "window-wall" designed in collaboration with Australia's famed architect Robyn Boyd, began in 1953. Continuing the growth meant larger facilities at Springvale Victoria in 1957 and offices in New South Wales and Queensland. In 1958 Stegbar opened for business in the ACT and South Australia. 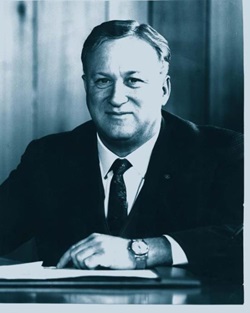 Aluminium windows were added in 1963 and Stegbar, which had by then grown to employ over 400 staff, was floated as a public company. In 1971 F&T Industries acquired Stegbar and was in turn acquired by ACI Australia Limited in 1981.The early 1980s saw a period of significant expansion as built-in wardrobes and bi-fold doors were added to the product range while sales of aluminium windows were strengthened with the acquisition of Vision Australia Windows and Trimview Aluminium Windows.

In 1988 Stegbar entered the showerscreen market with the acquisition of Showerite and Norfe. The UK based Rugby Group, with worldwide joinery and glass operations, acquired Stegbar in 1989, and in 1999 Stegbar was acquired from Rugby by JELD-WEN, Inc.

Today, Stegbar is recognised by homeowners, renovators, architects and builders alike as one of this country's leading manufacturers of highly crafted windows, doors, showerscreens, splashbacks and wardrobes. Stegbar's quality products have been featured on The Block since 2003, as well as Grand Designs Australia, Ready Set Reno, House Rules, Reno Rumble and Selling Houses Australia.

View the Stegbar range at your nearest location

No products in the Quote Drawer.

Thank you for your quote request.

We look forward to helping you with your project.


You will receive an email confirming your enquiry number.

A Stegbar team member will contact you within two business days to discuss your project.